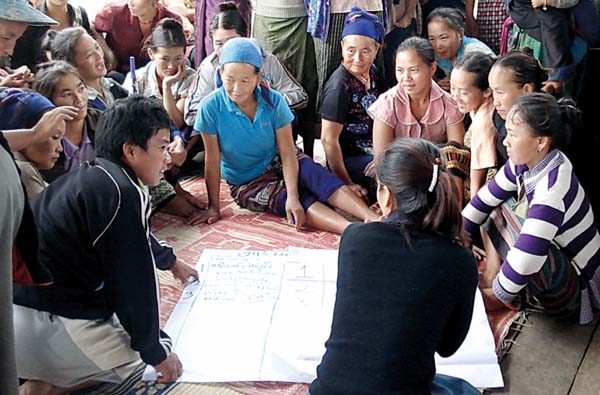 The Bolikhamxay Livelihood Improvement and Governance Project – LAO/021 is an integrated rural development project under the Lao-Luxembourg Cooperation Programme. The goal of the project is for Bolikhamxay Province to meet the 2015 targets of the Millennium Development Goals and the provincial poverty indicators. The specific objective is better livelihoods and quality of life for 36 000 people in the 60 poorest villages in the three poorest districts of the province, especially the about 26 000 people who lived on less than 0.5 EUR per day according to the 2009 poverty assessment. The population is mostly ethnic minorities living in traditional and relatively remote villages with difficult access to markets and public services. The economy is agricultural, mainly shifting cultivation on sloping land, supplemented by animal husbandry and limited paddy cultivation.

The overall budget from the Government of Luxembourg is supplemented by an in-kind contribution by the Lao Government including all government salaries, office premises and amenities. The infrastructure component takes up 43%, whereas the VDF component accounts for 25% of the project budget. Hence, two-thirds of the funds are used for direct investments in the villages. The remaining monies are split equally between the governance component and project administration. The project is carried out jointly by the Provincial Planning and Investment Department as well as Lux-Development and in cooperation with relevant provincial departments, district offices, and with the 60 target villages. About 75% of the funds are delegated to these different administrative levels. A small technical support team looks after quality assurance and financial control on behalf of the project. The project office is located on the premises of the Bolikhamxay Provincial Planning and Investment Department in Pakxan.

The village investments have been greatly beneficial to the development in the target villages and suggest a development model that not only provides capital for investment, but also motivation, participation and empowerment of all parties involved. Moreover, as much as 70% of the funds are used for direct investments in the target villages, while the administrative and advisory overhead costs remain below 20%. Adhering to a stringent strategy for poverty reduction and for alignment with the government system has helped gaining acceptance by all parties of the high degree of delegation, participation and empowerment of the target population. Furthermore, the delegation of funds to village, district and province level gives a unique opportunity for synergy and exploration of the natural role of all administrative levels in support of the existing decentralization policy.

After five years of project implementation, the number of villages classified as poor has been reduced from 60 to 6 based on the original poverty criteria. Moreover, 55 out of the 60 target villages have more than doubled their household ownership with respect to wealth indicators, such as motorbikes, two-wheel tractors and housing standards. Since the target villages were among the poorest and the least serviced at the start of the project, these improvements are also greatly helping the target districts in attaining their targets as set in the provincial socio-economic development plan. The project support has also been effective and efficient in increasing local capacity, democracy, public participation, as well as empowerment, especially of women.

During 2015, the last year of the project, the main undertakings will be the consolidation of the VDFs in the 60 villages, the construction of 15 schools, some water supply schemes, further small scale infrastructure and the preparation of the next five-year socio-economic plan of the province, especially through better information systems. Moreover, the project will be helping associated projects in other provinces to adopt its successful implementation models.