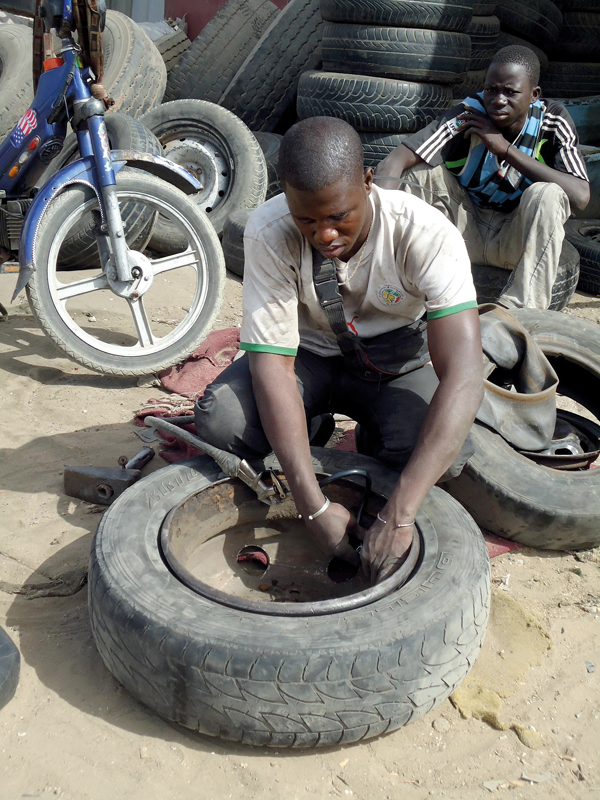 Surrounded by Mauritania, Mali, Guinea and Guinea-Bissau, and encompassing The Gambia, Senegal is a small territory with a long and rich political and cultural history. The territory now known as Senegal was once part of the ancient kingdoms of Ghana and Djolof and was long contested by the United Kingdom, France, Portugal and the Netherlands before becoming a French colony. Since its independence in 1960, Senegal has been one of the most politically stable countries in Africa, being one of the only African countries without coup d'état.

The Senegal River forms the border with Mauritania and its main affluent marks the boundary with Mali. In the centre, the Saloum flows into the sea through a long estuary cluttered with mangroves. These rivers are subject to seasonal variations, except for the Senegal, which was developed to irrigate its delta.

The geography of Senegal is not very favourable to agriculture. Although it is very wet in the South, most of the country is located in a fairly dry Sahelian zone. Watercourses are rare and, combined with the flatness of the country (altitude rarely exceeds 100m) and the low flow of rivers, this constitutes a serious natural handicap to the agricultural development of the regions. Fishing, which, for a long time, was one of the main natural products of the country, is in rapid decline. Nevertheless, the agricultural sector employs more than 50% of the active population. The “Plan Sénégal émergent ” (PSE), Senegal’s strategy for economic and social policy from 2014 to 2023, aims, among other things, to develop the agricultural sector. In this context, the PSE supports, notably, the cultivation of rice, onions, groundnuts and off-season fruits and vegetables in order to strengthen food security and increase exports to other countries, especially Europe.

Four main ethnic groups (Wolof, Halpulaaren, Serer and Diola) make up the Senegalese population, the vast majority of whom are Muslim. A common national language (Wolof) is spoken throughout the country, as well as in Gambia. Education however is given in French.

The Senegalese population is very unevenly distributed among the country's 11 regions. The Dakar region, which occupies 0.3% of the land area, is home to almost 23% of the total population. It is estimated that 2 million Senegalese work outside the country.

Senegal, once a prosperous country, went into decline after the great droughts of the 1970s. The industrial fabric was based on groundnut oil mills, fishing and, to a lesser extent, cotton. It collapsed with the decrease in world commodity prices, the overexploitation of resources and the transformation of eating habits in Europe, the main importer of Senegalese products. The government did not recognise this decline in time and did not put in place a sufficient alternative and restructuring policy. The informal sector continues to dominate the economic activity of the Senegalese population.

After its economy contracted by 2.1% in 1993, Senegal made a significant turnaround with an average real GDP growth of over 5% per year (1995-2007). In 2009, the country was affected by the global economic downturn and GDP growth fell below 2%. Over the last few years, economic growth has recovered to over 6% between 2014 and 2018. However, this growth has been hampered by the COVID-19 crisis. The border closures, curfew and physical distancing adopted in this context limited GDP growth to 1.1% instead of the expected 6.8%. In addition, the high unemployment rate of 17% continues to prompt migrants to flee Senegal in search of better job opportunities in Europe.

Evolution of activities in Senegal (in thousand EUR)

All projects in Senegal