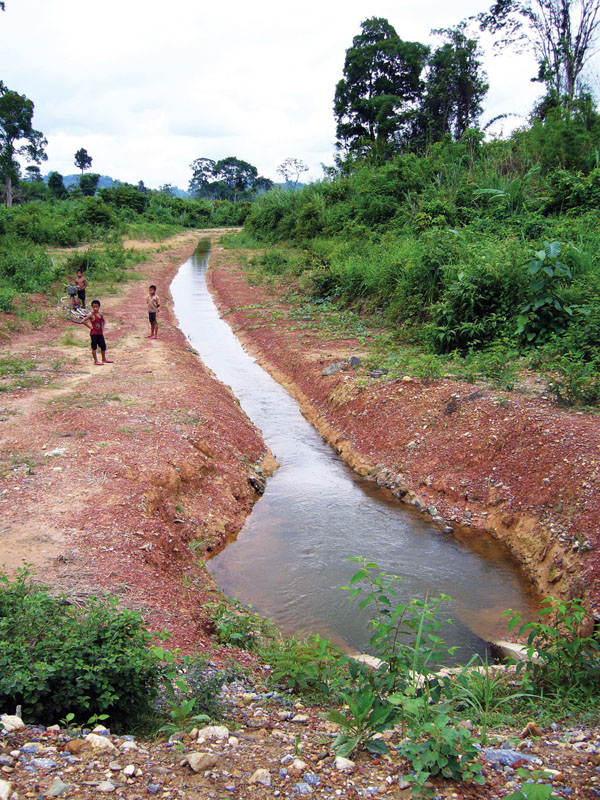 Known in antiquity as the Kingdom of Lan Xang (“land of a million elephants”), and baptised the “land of a million contradictions” by journalists during the Indochina war, this sparsely-populated country is finally experiencing peace after three centuries of successive wars against the kingdom of Annam, China, Burma, Siam, France and the United States.

Laos, the least developed and most mysterious of the three former states of French Indochina, became the leader of the region’s economic and political reforms in the late 1980s. Since 1989, the country has opened up to free trade and foreign investment, with the hammer and sickle disappearing from the national flag for good in 1991.

Whilst Thailand is mired in political crises that are paralyzing its economy; whilst Cambodia is suffering from deep internal divisions; and whilst Vietnam is industrialising at full speed to create jobs for its teeming population, Laos seems keen to take its time to set up one of the most stable political and economic systems in the region.

A landlocked country, Laos spans more than 1 000 km from north to south in the heart of the Mekong sub-region, and has an area of 236 800 km2 (barely larger than Great Britain). The south and centre of the country are bordered to the east by the Annamite mountain range. Almost in parallel, the Mekong, the country’s major communication axis, defines most of the territory to the west over 1 865 km. The Mekong Valley and its fertile plains are the focus for almost all of Laos’ rice fields and are the country’s leading agricultural region. At its narrowest point, in the central province of Khammouane, Laos is no more than 120 km wide.

With over 7.4 million inhabitants, the population is very diverse with some 50 ethnic groups that can be categorized into 4 main groups: Lao-Tai, Mon-Khmer, Hmong-Mien and Chinese-Tibetan. Laos also has one of the youngest populations in the region, with potential for a substantial demographic dividend in the years to come.

According to the Lao PDR Poverty Profile in 2019, almost a fifth of Lao people are still living on incomes below the national poverty rate of 9,364 kip (1 USD) per day, even though the country is rich of natural resources, including mineral (tin, gold, copper, zinc, bauxite, etc.) and energy resources. Thanks to its powerful water network, Laos produces and mainly exports electricity to Thailand.

In 2020, Laos generated around 227 million USD in the tourism sector alone. This corresponds to 1.2% of its the GDP and approximately 1% of all international tourism receipts in Southeast Asia. Prior to the COVID-19 pandemic, the tourism sector represented the country’s third biggest earner of export revenue behind mining and hydropower. International tourism arrivals reached a peak in 2019 as 4.79 million visitors came to Laos and spent 934 million USD. This marked a key contribution to the Lao economy, accounting for 10.4% of GDP and the employment of 300 000 people in the country.

Lao PDR has lately enjoyed consistent economic growth of between 6-8%, although the COVID-19 pandemic has negatively affected this trend. In 2021, Laos posted a growth rate of 2.5% driven by a recovery in services. According to World Bank forecasts, the average annual growth will be 3.5 % over the 2022-2024 period. Gross national income per capita rose from 1 970 USD  in 2015 to over 2 500 USD in 2021. In February 2021 Lao PDR was recommended to graduate from Least Developed Country status with an extended preparatory period until 2026. The country hopes to achieve a new status thanks to strong and steady economic growth, mainly by exporting its natural resources to neighbouring countries and by expanding its tourism sector.

Despite the progress made to meet the Sustainable Development Goals (SDGs), Lao PDR still has much work to do in some areas, especially in health and nutrition: 33% of children under the age of five suffer from stunting, and 21% are seriously underweight. Although Lao PDR has greatly reduced maternal death rates over the past decades, the number is still high with 185 maternal deaths per 100 000 live births, according to UN estimates.

The government of Lao PDR outlined its poverty reduction strategy and meeting the SDGs by 2030 in its ninth National Economic and Social Development Plan for 2021-2025. The plan aims:

The projects and programmes currently being implemented in Lao PDR through the Luxembourg Development Cooperation form part of the Indicative Cooperation Programme V (ICP V) established between the two countries for the period 2023-2027. The main areas of intervention in Laos are as follows:

Evolution of activities in Lao (in thousand EUR)

All projects in Lao