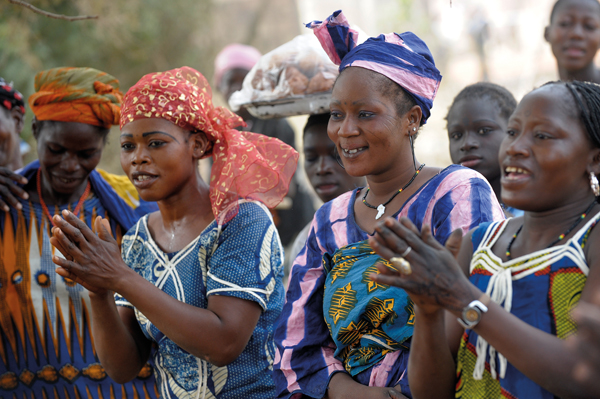 Burkina Faso obtained independence from France in 1960. Repeated military coups during the 1970s and 1980s were followed by multi-party elections in the early 1990s. President Blaise Compaoré came to power in a military coup in 1987 and won all subsequent elections. In the autumn of 2014, Compaoré was ousted in a popular uprising that opposed a change in the constitution allowing the president to stand again. The country has subsequently been directed by a transitional government pending new elections at the end of 2015.

With a per capita GDP of around EUR 1.5 per day, landlocked Burkina Faso (16.9 million inhabitants, 83% of whom live in rural areas) is a poor country (183rd out of 187 in the HDI ranking). The high population pressure (+ 3.1% a year) absorbs a large share of economic growth (over 6% a year during the last decade). Development aid (on average 10% of GDP over the last five years) and the expansion of gold mining contribute strongly to the dynamism of the country’s economy.

The agricultural sector accounts for 33% of Burkina Faso's GDP and employs around 86% of the labor force. Like many of its African peers, Burkina Faso suffers from under-investment in this sector. Agricultural investments are mainly focused on cotton farming. Although the country has a high potential for production and processing in the agri-food sector, it is poorly valued, and many investors face financial difficulties. The lack of infrastructure policies and the inconsistency of some policies are major obstacles, which explains the poor performance of the agricultural sector.

Nevertheless, Burkina Faso is experiencing appreciable economic growth which, although fluctuating, has increased in recent years with an average annual growth rate of 5.5% in the Gross Domestic Product (GDP) between 2011 and 2015. However, With an estimated population growth rate of 3.1%, average per capita GDP growth has not been able to significantly reduce poverty and social inequalities. If we look at the national poverty line, the proportion of people living in poverty decreased from 52.7% in 2003 to 48% in 2009, and then to 40.1% in 2014, which remains high.

Despite its constraints, Burkina Faso's economy has enormous potential and real opportunities, including: agro-sylvo-pastoral production opportunities, fauna and fisheries not yet exploited, agro-industry development, industries services and solar energy, the youth of the workforce, etc.

Considering these constraints, shortcomings and opportunities, the Government has drawn up the National Economic and Social Development Plan (PNDES), as a new national reference framework for interventions by the State and its partners over the 2016-2020 period. It aims to achieve cumulative growth in per capita income that can reduce poverty, build human capacity and meet basic needs in a fair and sustainable social framework.

The PNDES is divided into three strategic axes which are: (i) Axis 1: reforming institutions and modernizing administration; (ii) Axis 2: Developing human capital; (iii) Axis 3: boosting growth sectors for the economy and jobs.

The new Indicative Cooperation Program between Burkina Faso and the Grand Duchy of Luxembourg (ICP III) for the period 2017-2021, intends to contribute directly to the implementation of the PNDES. Through actions in the focal sectors of sustainable management of natural resources, education, technical and vocational education and training, as well as new information and communication technologies, it will contribute directly to three axes of the PNDES.

Luxembourg Development Cooperation participates in the sector consultation frameworks as well as in the joint programming effort of the European Union.

Evolution of activities in Burkina Faso (in thousand EUR)

All projects in Burkina Faso