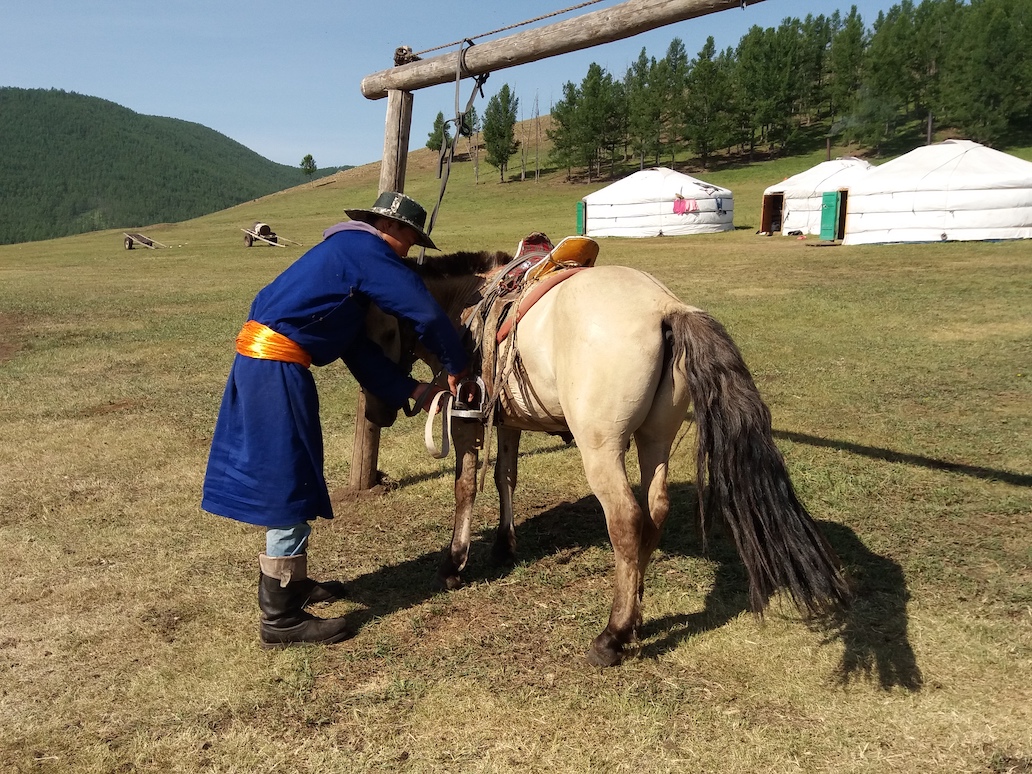 Mongolia is a landlocked country with a population of about three million. Much of its economic activity is based on livestock and agriculture, but the country also has significant mineral reserves.

Over the past 30 years, Mongolia has transformed itself into a vibrant democracy, tripling its GDP per capita since 1991.  With its vast agricultural, animal and mineral resources, and an educated population, Mongolia's long-term development prospects look promising, assuming continued structural reforms.

Due to the severe and widespread economic impact of the COVID-19 pandemic, the Mongolian economy contracted by 5.3% in 2020, its worst contraction since the early 1990s. A sharp decline in global demand for key commodities and the closure of borders with China are among the main external factors that have crippled the mining-driven economy. On the domestic front, the service sector was hit hard by containment measures, which allowed Mongolia to avoid the worst possible health effects of the pandemic. Although a series of generous government relief and stimulus packages in the form of tax breaks and income support helped mitigate the impact of COVID-19 on households and businesses, the budget took a heavy toll. The fiscal gains of the last three years were quickly eroded, with the overall fiscal deficit rising sharply to 9.5% of GDP. As a result, public debt as a percentage of GDP increased again in 2020, reversing the downward trend of recent years.

The economy is expected to recover in 2021 as the authorities continue their efforts to control the pandemic, stimulus measures support domestic demand, the negative impact of the global economy lessens, and businesses and consumers adapt to the new norm of living with the pandemic as vaccines are rolled out. However, the recovery is subject to risks, including new waves of national and global COVID-19 cases, possible financial instability and weather-related shocks.

Mongolia's official national poverty rate has fluctuated since 2010. The poverty incidence rate declined sharply from 38.8% to 21.6% during the 2010-2014 economic boom. However, between 2016 and 2018, poverty reduction has been uneven, decreasing in rural areas but not in urban areas. Growth in rural areas was faster and more pro-poor, helping to reduce rural poverty from 34.9% in 2016 to 30.8% in 2018, supported by rising livestock prices and the expansion of poverty-targeted social protection programmes.

In contrast, the urban poverty rate remained unchanged at 27% from 2016 to 2018, mainly due to stagnant wage growth among the poorest population group. As a result, poverty is increasingly concentrated in urban areas. In the coming years, fiscally sustainable labour policies and poverty-targeted social protection policies, combined with a positive economic outlook, will be essential to reduce poverty.

To ensure sustainable and inclusive growth and reduce poverty, Mongolia will also need to strengthen governance, develop institutional capacity to manage public revenues effectively, allocate resources efficiently between spending, investment and savings, and ensure equal opportunities for all its citizens in urban and rural areas.

Evolution of activities in Mongolia (in thousand EUR)

Distribution of the 2020 disbursements by sector

All projects in Mongolia