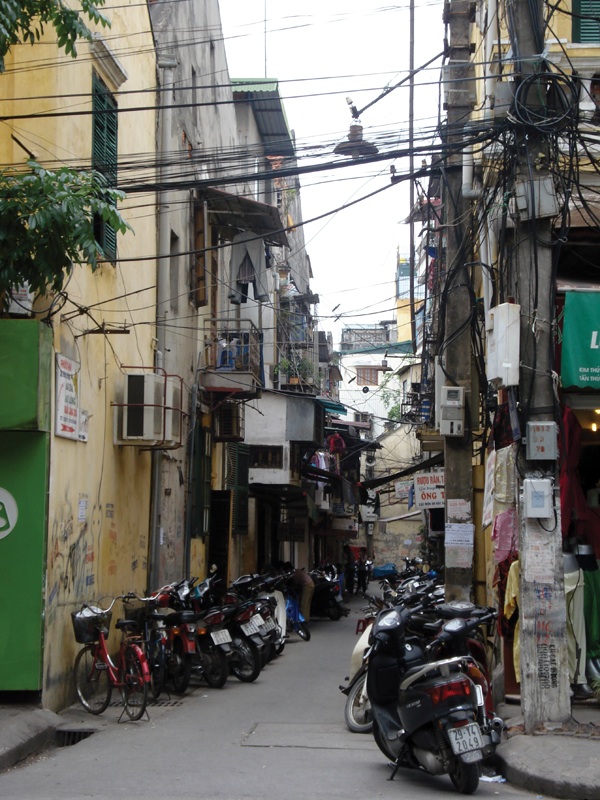 Vietnam is often cited as a model of development. After adopting a vast programme of political and economic reforms (Doi Moi) in 1986, the country experienced a period of strong growth. Indeed, the Vietnamese economy enjoyed a remarkable economic boom in the space of a few years. GDP per inhabitant, which stood at USD 220 in 1994, grew three-fold between 2002 and 2010 to reach USD 1,755 per inhabitant in 2013.

The growth rate in Vietnam was 6.4% a year on average over the last decade, driven by international trade and foreign investment. Protected by its high levels of exports, the country barely suffered during the international economic crisis and its prospects for growth are among the highest in Asia.

Vietnam has to date either achieved – or even surpassed – most of the MDGs, in particular the goals for poverty reduction, education and gender equality. Over the last decades in particular, Vietnam has made outstanding progress in reducing poverty. The percentage of people living below the poverty line, which was almost 40 % in rural areas in the 1990s, dropped to less than 10% in 2012. Particular attention is given to economic development and poverty reduction in rural areas. Special emphasis is placed on creating jobs and increasing incomes through rural industrialisation and expanding the services sector in these zones.

The Vietnamese government launched reforms concerning the key sectors of the economy and anticipating the partial privatisation of public enterprises; their implementation, however, remains gradual. The tax system was also reformed to offset the decline in customs revenue after the country joined the World Trade Organisation in 2007, and to make the country more attractive in the eyes of investors. To tackle with the global financial crisis, the government introduced several stimulus packages aimed at improving the business climate and to encourage production and exports; to boost consumption and investment; to increase social security and reduce poverty; and to introduce effective tax and monetary policies.

The Vietnamese government launched what it calls “three structural projects over the medium and long term” via its 2011-2020 Strategy for Socio-Economic Development: infrastructure development, training for young people, and modernising the country’s institutions. These schemes are designed to ensure sustained economic growth at a time of international uncertainty. To achieve these goals, Vietnam will have to reform public enterprises, develop the private sector and upgrade the banking system.

The agricultural sector, which represents 20% of GDP, is declining. It is, however, the area that employs the largest part of the population. Industry, which represents 38% of GDP, is the main engine of growth in Vietnam. As for the services sector, it is mainly represented by tourism and telecommunications, both of which are very promising and which should contribute to the economic health of the country on a massive scale in the years to come. The tertiary sector accounted for 42% of GDP in 2013.

The strategic objectives selected for the 2011-2015 Indicative Cooperation Programme are the result of discussions between the governments of Vietnam and Luxembourg, and are based on past experience and the priorities identified by the two parties.

As with previous ICPs, this programme is aligned with the Socio-Economic Development Plan for 2011-2015. It also emphasises the requirements of a middle-income country and the new challenges of an emerging market economy in areas where Luxembourg has a comparative advantage.

The ICP aims to reduce poverty by supporting the key economic areas and social sectors through institutional capacity building and developing human resources in the banking and financial sector as well as the hotel and tourism industry.

Evolution of activities in Vietnam (in thousand EUR)

All projects in Vietnam